Outreach was always part of my JY life back in India, but I had been missing it ever since I came to this country. Haiti Healing Mission trip was God giving me another chance to get back into it.

Also being an ambassador for Lumen Vitae, I wanted to see/experience all that I should know when talking to people, so I could speak from my heart.

We were a team of 6 girls/ladies’ and I didn’t know any of them except Sindhu Chechi, however, I feel like by the end of the trip I had gotten five sisters–that’s the beauty of our fellowship!

Sunday was our first day there, and I was given the opportunity to visit one of my sponsee’s home. Through the visit and interactions with his mother I was shocked to learn that he was disabled both physically and mentally. Even though we had limited language skills to interact with each other, his smile, which was so pure and innocent, had touched my heart. I hugged him and held him so close– I felt like I was looking at my own son  As we prayed with the family, I was able to feel a special kind of peace in me . In the following days I was able to see all the kids my family sponsors, and each time I saw their precious smiles, I had felt like I was making a difference in their lives. One of the students, who was in second year of nursing university, when asked what she wanted to do after she graduates, expressed her hopes and needs to make changes in her own community. I realized through every single encounter that my offering for these kids is something God had wanted for me to do.

This was the first JY School Healing mission and we spent our time with the school kids giving them medical check-ups. Since I was the only one in our group with no direct experience with patients (I work in medical records), I was given the task of checking their height and weight as well as painting fluoride on their teeth for cavity protection. The little ones would come to me after their medical check up, for fluoride painting as if they were getting a reward (just like the kids here in the US get a sticker after a checkup with their doctor). Although initially it seemed like a silly task, it brought so much joy among the kids and I was really happy doing it.

This other time, I was asked to give Catechism lessons to the kids. Through the classes and feedback from the translator, I was able to tell the kids were very smart and knew a lot about the Holy Trinity. I also taught them an action song in English, which was translated to them, so they could sing it meaningfully. I was very concerned about them learning an English song in the beginning, but surprisingly, they were able to pick it up quickly. They liked it so much that they were singing it after my lesson. I was very impressed.

Wednesday was the day of rest, prayer and reflection. We had confession/adoration at the seminary. A scalabrinian priest named Fr. Tamar, who had happened to visit the seminary during his vacation days, helped with the prayer and adoration. After the adoration, he shared about his ministry called ‘Stella Maris’ (Star of the sea)- Apostleship of sea- where he works as chaplain for the men at sea. It was really amazing to see the missionaries of our church working in different areas of our society, helping the needy.

On Thursday, we visited the brothers and sisters of “Mision Belen”. The moment I entered, I felt like I was entering a holy place. I was deeply moved by their simplistic lifestyle–intentionally living a life of poverty, and treating the poor with dignity. Hearing their stories made me feel like I had attended a retreat–it was rejuvenating. Sindhu chechi explained to us how the area they were residing at was years before when they had initially started, and how they were able to build a beautiful place for the kids. They currently support 1500 kids in total. The following day, we spent time with MOP brothers. Again, living a simple lifestyle, they treated disabled orphans, which had a deeper impact on me. They were able to give care and provide them with so much dignity, something that the kids were not given in their own society.

If and when I come across people wondering of God’s existence, this is my response to them– if you truly want to see and feel the presence of God, you should visit Haiti where you actually see God through the work of these great missionaries who are truthful to what they do”. To have a truthful heart to live a life of poverty and treat the poor with human dignity is something only God can provide.

I have great hope for our school – this is a small step towards something big. I am sure that soon these kids will start giving back to their own communities. God will make that happen.

As I have said before, my time in Haiti was like attending a retreat. God healed me and opened my eyes in ways I couldn’t even imagine. One thing I learned through outreaches/mission-trips is that, even though we may think we are making a difference in others lives, many times they are truly the ones making a difference in our lives.

Although I came back to the US, I feel like I left a part of me in Haiti. My kids are there, and I will be going back for them! 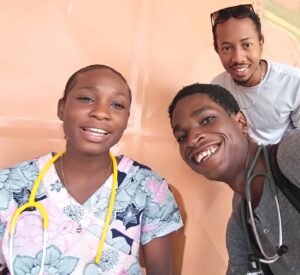 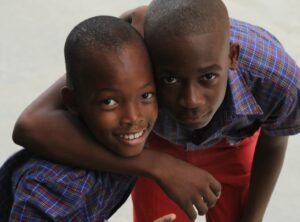 Race for the Light – Week 2